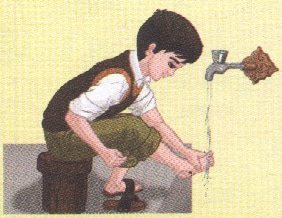 The diagram below illustrates how a wudu (ablution) is performed before a prayer:

First, we say ‘Bismillah’ and wash the hands. Clean inside and behind the ears with wet hands Wash right & left feet to the ankles 3 times. 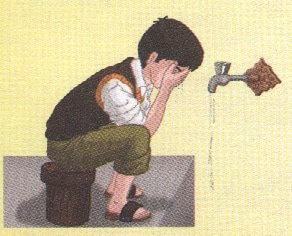 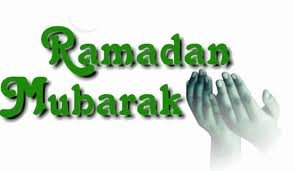 After we make intention for the prayer we will be performing, we raise our hands and make Iftitah Taqbir.
This is done by saying: “Allahu Akbar” It signifies the beginning of the prayer.

2) Then we place our right hand on top of our left and begin to recite starting with Subhanaka, and then Surah Fatiha and a minimum of three short verses or a verse that is long as three verses or more from the Qur’an.
We must start reciting Fatiha with a basmala.

As men place their right hand on top of the left, they hold the wrist of their left hand with the thumb and the little finger. Women do not need to do this.

Then we go to the Ruqu position.
At this position, we recite “Subhana Rabbiyal Azim” minimum of three times.

Men need to bow down to a position where the back becomes straight. Women do not bow down as much as the men. 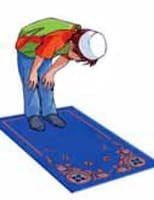 Qiyam:
After Ruqu, we straighten up again as we recite “Sami Allahu Wa Liman Hamidah.”

When we are at an upright position, we say, “Rabbana Wa Lakal Hamd.”

Following a short pause at the qiyam position, we are ready to go to the prostration position.

Sajdah (Prostration):
After qiyam, we go to down to sajdah and recite “Subhana Rabbi’yal Ala” minimum of three times. Then repeat the Sajdah again.

During sajdah, men raise their elbows whilst women keep them on the floor.

After the second sajdah, we have concluded the first unit of the prayer, thus we stand up again for the second unit.

At the end of the second unit, we remain in a sitting position following the last two sajdah we have performed. 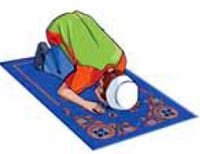 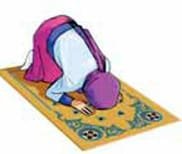 We are at the last sitting position, this is called “Tashahhud.”

In this position, we recite “Tahiyyat”, followed by Salli and Barik. Then we recite some duas and conclude our prayer by giving salam to our right and our left sides.

As we give salam to our right and left sides we say:

We have just performed two units (raqats) of prayer.

May Allah accept our prayers… 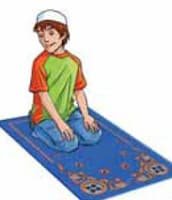