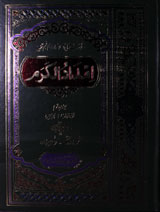 When Hazrat reached the age of 20, he was blessed with Khilafah by Ghousul Waqt, Huzoor Mufti-e-Azam-e-Hind (Alaihir Rahmah). This distinguished function took place on the 15th of January 1962. Many great personalities were present at this function. Amongst them were Shamsul Ulama, Mawlana Shamsuddeen Ahmad, and Burhanul Millat, Hadrat Burhanul Haq.

Allama Sadrush Shari’ah, Mawlana Amjad Ali (Alaihir Rahmah) is reported to have made the following statement during the Urs of Hujjatul Islam, Hadrat Mawlana Haamid Raza Khan. He has said:

It is recorded that when A’la Hadrat made Jilani Mia his Mureed he wrote on his Sharjah the following words, “Khalifa, Insha-Allah, on conditions of knowledge and practice.” As to the spiritual position of Taajush SHari’ah, Hadrat Mufti-e-Azam-e-Hind is reported to have said the following words concerning his Successor, “I HAVE A LOT OF HOPE ON THIS LITTLE BOY?” (meaning Allama Mufti Mohammed Akhtar Raza Khan Qadri Azhari).

During the latter stages of his life, Huzoor Mufti-e-Azam-e-Hind (Alaihir Rahmah) gave his statement in writing to Hadrat Allama Akhtar Raza Khan.

In a gathering in which many Ulama, Mashaa’ikh and other dignitaries were present, Hadrat Mawlana Hassan Mia Barakaati stated:

“As the Head of the Khanqah-e-Aaliyah Barakaatiyah Nooriyah, I AM PRESENTING ALLAMA AKHTAR RAZA KHAN ALL THE KHILAAFAH AND THE SPIRITUAL PERMISSION OF THE FOLLOWING SPIRITUAL ORDERS – QAADRIYA, BARAKAATIYAH, NOORIYAH. Let all those gathered hear this, let all Barakaati Mureeds hear this and all the Ulama that are present bear witness to this.”

After uttering these words, Hadrat Mawlana Sayed Hassan Mia Barakaati (Alaihir Rahmah) tied the traditional Amamah (Turban) around the head of Hadrat Allama Akhtar Raza Khan Azhari and also gave him some money as a gift.

Even while he was still a student, Hadrat Mawlana Ibrahim Raza (Alaihir Rahmah), issued a statement in which he made his son, Hadrat Allama Akhtar Raza Khan Azhari, as his spiritual Successor.